According to a study published in the journal Science of The Total Environment, approximately one-sixth of all particles found on the bees examined were microplastics. Thirteen different types of plastics were found on bees, most notably polyester, polyethylene, and polyvinyl chloride.

Research on worker bees from 19 hives took place in Denmark, which is one of the least polluted countries in Europe. The Copenhagen colonies had slightly more microplastics on their bodies than the rural bees, but the difference was not incredibly significant. Researchers believe that wind plays a role in the transfer of microplastics.

However, the source of microplastics is unclear. They could come, for example, from beekeeping equipment or more distant surroundings. Light microplastic fibers may attach to this insect directly in flight.

Microplastics can burden small insects, so they can carry less pollen – so they don’t get enough energy for their community. Such a finding is quite worrying. Recent research has shown that there is currently insufficient data to answer this question.

It is not known how microplastics can affect queens, workers, and entire colonies. It is also unclear whether the tissues of the honeybee can accumulate microplastics, and if so, how quickly. Further research is needed to fully understand this pressing issue.

However, scientists suggest that this could be used to better monitor environmental pollution. In search of food, bees fly in a radius of up to 8 kilometers from the hive. By examining bee bodies at the end of their lives, it would be possible to find out how many microplastics get into the environment and possibly from where. 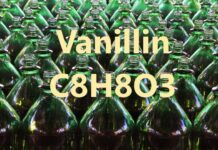