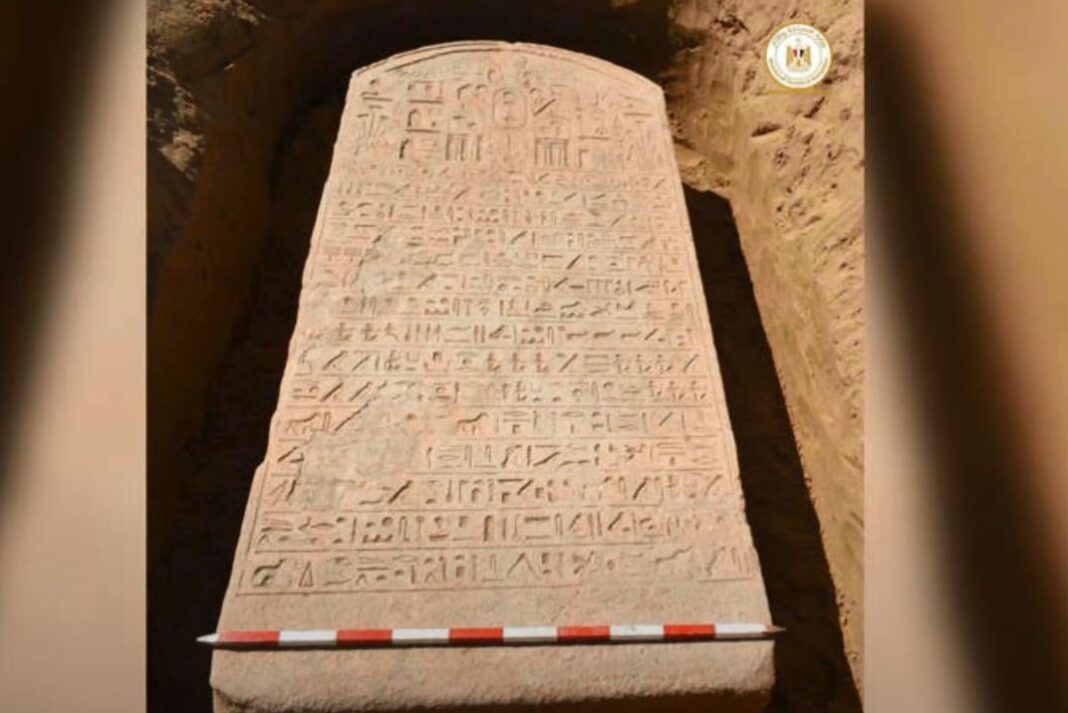 The farmer found this while cultivating his land in about 62 miles of northeast Cairo.

The farmer contacted the tourism and antiquities department of Ismailia in Egypt.

According to the report, the stela is a carving of a winged sun disk associated with the sun god Ra. However, it is also with a cartouche of Pharoah Apries, with 15 lines of hieroglyphic writing below that.

Pharoah Apries is known as Wahibre Haaibre, reigned during the 26th dynasty of Egypt-688 B.C- 525 B.C. this was the time when Egypt was independent and its capital was located at Sias in northern Egypt.

Yet the language is undiscovered and there in going process of its translation. The secretary-general said that Stella seems to be related to military campaigns under the leadership of Apries that took towards the east of Egypt.

Whether this Stella will shed light to resolve the new mysteries as the ancient Greek historian Herodotus C. A 484-425 B.C. claimed in this context. According to him Apries fought and lost the war against the Phoenicians that resulted in the death of many Egyptians and ultimately sparked a civil war against Phoenicians. The Apries was killed and replaced with Pharoah named Amasis. So, this is unclear whether this Stella will highlight those events or not.

Why Stelas Were Erected In Ancient Egypt:

Stelas were tombstones and erected as pillars or boundary marks but also, they served the purpose of votive and commemorative monuments.

Stelae were built as tomb pillars and border markers in ancient Egypt most commonly as Votives and memorial monuments. The forms of stelae, their décor, and types of inscriptions were significantly changed from the 1st Dynasty (when the first stelas were used in Egypt) until the Roman period. Originally, they had been built outside the tombs as tombstones to mark the site of offerings and to designate the tomb owner.