The finding of a dead baobab was a shock to the inhabitants of the South African village. The tree lived with them for generations, providing food and medicine. The 1200-year-old baobab was not the only one that has fallen recently. South African scientists are trying to determine the cause of the extinction of monumental trees. They assume baobabs are victims of climate change.

A giant with an unusually strong trunk is found in Africa, Madagascar, Northwest Australia, and even India. Baobab, the king of African trees, can live up to 3000 years, are mysteriously disappearing.

A team of scientists has been monitoring baobabs in South Africa since 2005. The unpleasant finding was that 8 of the thirteen oldest and 5 of the six largest baobabs have either completely dried up or their oldest parts have collapsed. In April 2017, the thirteenth oldest baobab in Africa died. 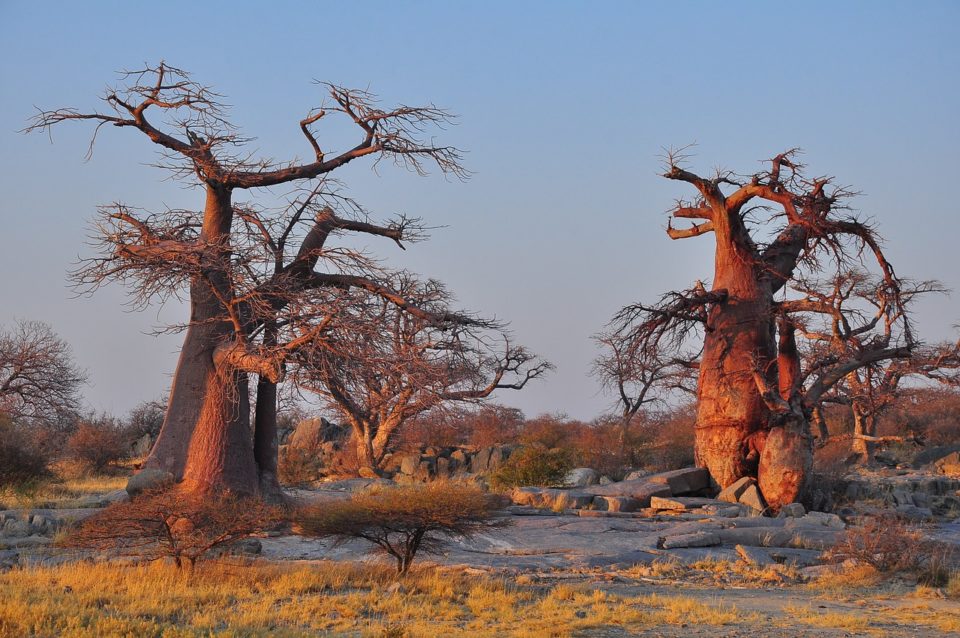 According to Nature Plant journal, scientists say that tree deaths are not caused by any epidemic, but by too much drought and high temperatures.

“We suspect that the disappearance of monumental baobabs may be at least partly linked to significant climate change affecting mainly South Africa,” said a team led by Adrian Patrut of Babeș-Bolyai University in Cluj, Romania.

The trees that have falled are 1000 to 2500 years old and are located in Zimbabwe, Namibia, South Africa, Botswana and Zambia.

Baobabs store water in their huge trunks to survive in the harsh conditions of extremely dry areas. Unfortunately, they do not always succeed.

Friend of the Village

The African baobab Adansonia digitata has a versatile use. The natives prepare a refreshing drink that tastes like lemon water from the fruits. The edible oil is extracted from the seeds. Young shoots are used as vegetables. Soap is made from the ash of the husks. The bark, used to make the ropes, fishing nets and lines, is extracted from the the trunk. The bark decoction is a remedy for fever and dysentery. In the figurative sense, it is the only “supermarket” far and wide where you can get everything you need. For a village, the loss of such a baobab can be a tragedy.

We do not know for sure whether the African giants are victims of climate change. Further research is needed to confirm this hypothesis. This does not change the fact that the other victims of the current situation are animals that have habitats in baobabs. The problem is cascading to the African people, as well.