The media is oftentimes quiet about the negative impacts of people migrating predominantly from Muslim countries into Europe. However, many European countries, including Sweden, are facing problems that they have not encountered yet. In Sweden, the problem has escalated beyond control. In recent years, the number of sexual offences committed primarily on women in Sweden has dramatically increased. The difference compared to 2013 is huge. The statistics presented by the Nationella trygghetsundersökningen (NTU) and the Brottsförebyggande rådet (Brå) show what large increase the country is dealing with.

An enormous increase in assaults on women

In 2006, 2.5% of women and 0.4% of men were sexually assaulted. These statistics have not changed much for several years now. However, these numbers have significantly increased since 2013. 10.7% of the women now claim that they have been exposed to sexual offenses, in comparison with 1.6% of men. So, one in every ten women in Sweden has faced sexual assault. 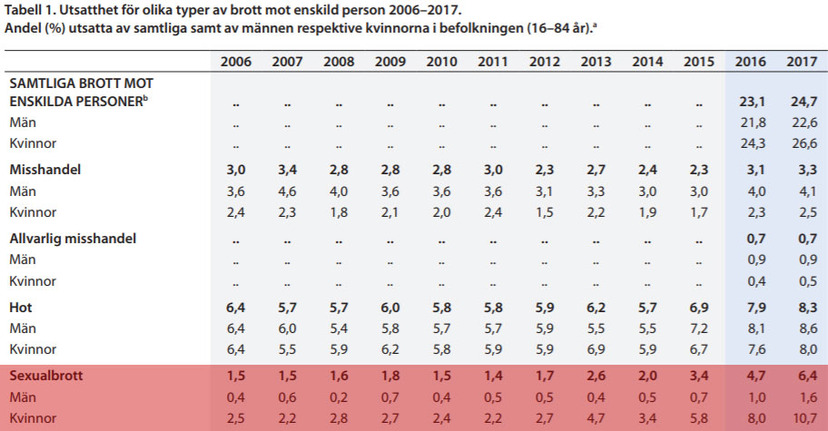 “It is important to keep in mind that sexual offense falls in the crime category, including a wide range of crimes, from sexual insults to very serious crimes, such as rape, “ says Brå investigator, Maria Söderström.

She further states that: “There are not so many differences between the sexes in terms of fears of being exposed to different types of crime, except for rape and sexual assaults. Here, the fears of women are significantly higher than the fears of men.”