Leakshare
Home World Asia Kim Jong-un: A dictator who is drowning in luxury, his people in...

How does the most hated dictator of today live? While his people are drowning in poverty and working like dogs, Kim Jong-un enjoys the luxury that many sheikhs cannot afford. Kim has two faces. One that we can rarely see in the media, and the other one we would rather not see at all. Let’s have a look at the life of a man born in a country where God is forbidden to believe in and where only one leader – he himself – can be worshipped.

I would like to show you a real view of North Korea and its leader. A picture you cannot see in the media and can shock you. Kim Jong-un is no stranger to the extravagant and costly lifestyle. His alleged friend, American basketball star Dennis Rodman, described his life as “seven-star luxury”.

If you think Kim is hiding somewhere in a military facility where he plans to defeat his southern neighbours or the United States, you are mistaken. According to estimates, he can spend over USD 800 million per year for his prodigious life. He spends his days on excursions on luxury boats, visits to private islands, water-ski rides, endless cocktails and everything else that can be paid for. The largest Kim’s yacht has a length of almost 30 meters, and when travelling around the country, he most often uses a special armoured train.

The majority of people know Kim Jong-un as a quiet man who teaches his generals and plans to destroy the world. This is an inferior view that the media shows us, but unfortunately, it does not reveal the whole picture of his pompous lifestyle.

The real image of the North Korean dictator

Dark, gloomy clothing, a grim expression, and a company of generals with notebooks. This is the image that regularly leaks through the media about the North Korean leader into the world. His real face was revealed by celebrities who came to North Korea and spent some time with Kim. He likes to be surrounded by stars and not only with Dennis Rodman.

On his private islands, he spends over CUK 750 million for expensive alcohol. What is disgusting is not the concept of his luxury life, but the fact that the whole nation is working to cover his lifestyle and his intentions financially. Many of the wealthiest people in the world have giant companies that enable their lifestyle, but Kim Jong-un has his own country. 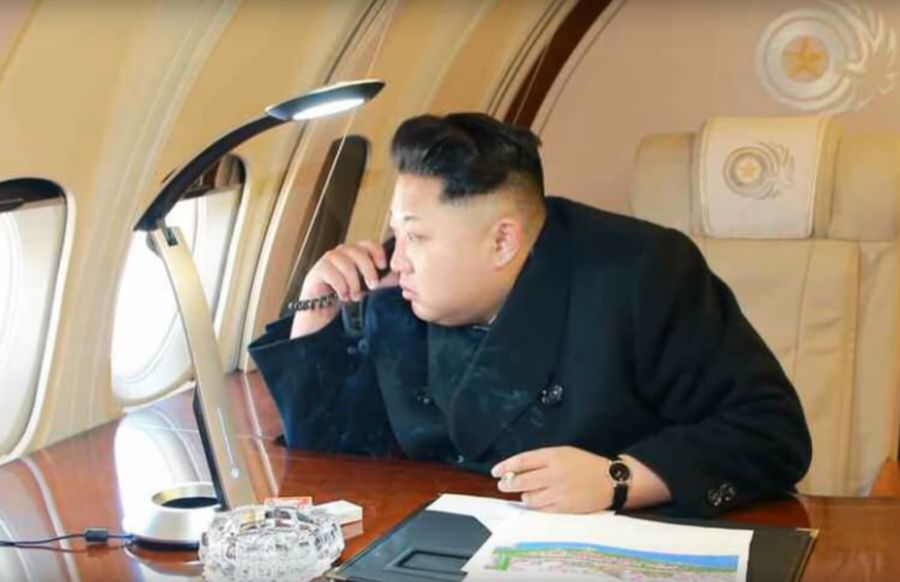 Unlike the companies, the rules are determined only by him. In recent years, incidents of cannibalism have occurred in the remote areas of North Korea due to famine. North Korea is the country with the most extensive censorship in the world. It is strictly forbidden to watch foreign movies or even to own a Bible. The North Korean labour camps remind concentration camps, and most people have no rights here. If North Korea does remind you of one large household of servants at the court of a dictatorial and extremely wealthy leader, you are not far from the truth.

The majority of the population has no access to standard amenities. The government entirely controls television, and entertainment remains very minimal. The North Koreans generally have little or no insight into the surrounding world, and many believe the propaganda speeches that they are actually much better off compared to other countries. The leader understands very well that fear best controls the people. 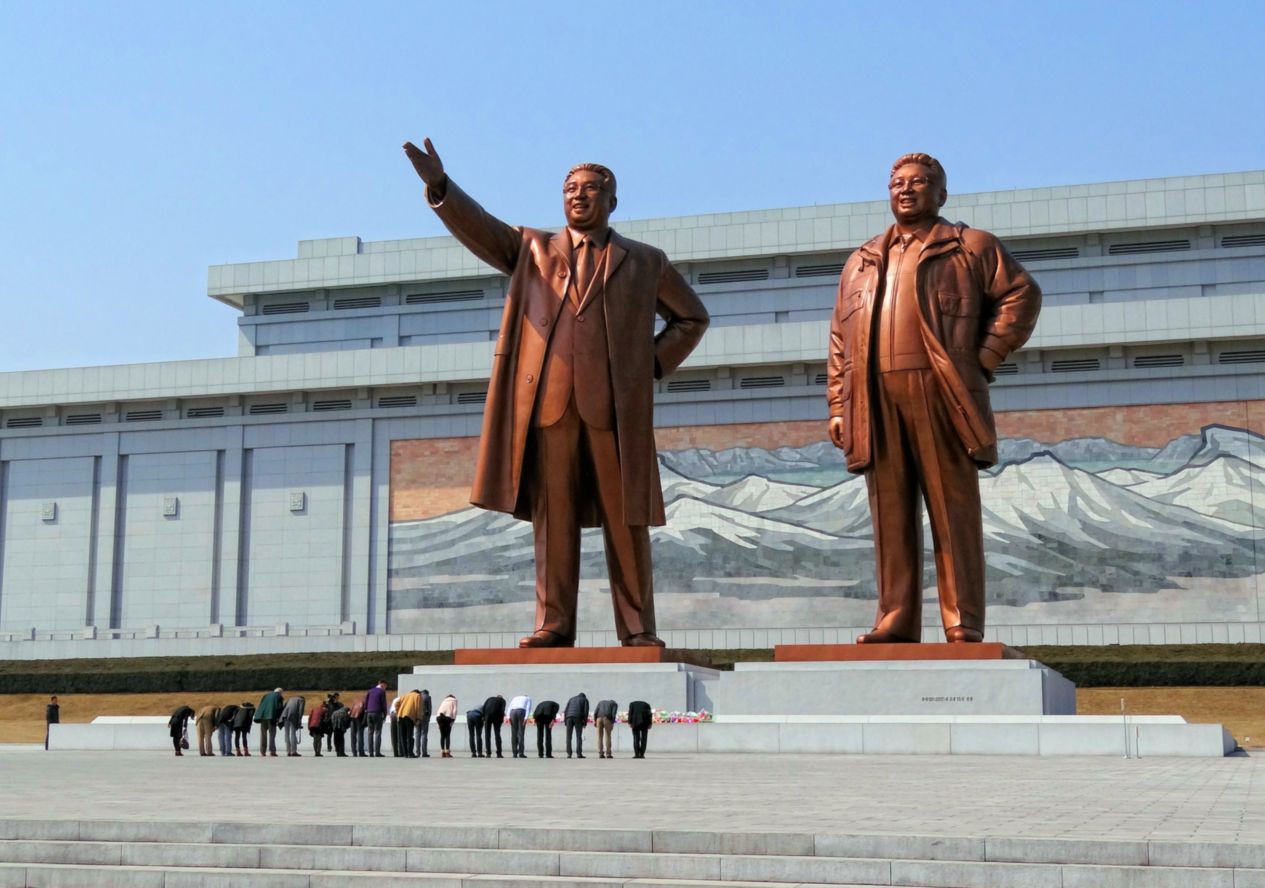 Thus, the country is entirely cut off from the flow of information and the uninformed population wholly isolated from the outside world. Stringent rules and penalties illustrate the final shape of this country. Admiring any of the features of Kim Jong-un is hard. In the eyes of his compatriots, he is perceived as a brilliant leader who possesses incredible abilities. Brave stories from his life serve as one of the tools to convince the population that this demigod has incredible skills and is predestinated to rule them.

In 2013, the United Nations Food and Agriculture Organisation stated that North Korea is one of 34 countries that require external assistance to feed its population. The image of the corpulent leader thus only illustrates how much he cares about his compatriots.

Kim Jong-un and his life

Although it is not long ago that Kim celebrated his thirty birthdays, and he has not been too long on the throne, he considers himself as more than just a leader. While his father and grandfather have both been able to gain a great deal of respect, most of the world is now perceived Kim Jong-un as an immature boy who has taken over the reins after his more famous ancestors. His father Kim Jong-il ruled for 17 years. His grandfather, Kim Ir-sen, had led the country for 46 years, and people had really liked him.

Its predecessors have encountered entirely different circumstances, from wars to periods of fear. No wonder that Kim is often seen as a wealthy son who cannot understand the real values, even the value of human life.

Kim Chong-un spends such a high amount of money that the UN has adopted a special resolution restricting the export of luxury goods to North Korea. The goal is to direct at least a portion of money towards the population.

Since the death of his father, Kim has spent over CZK 16 billion for luxury goods imported from abroad. He has purchased, for example, the world’s most expensive liqueurs, watches, jewellery and many other amenities. Costly liqueurs are, in addition to his abundant consumption, one of the means he uses to bribe and reward his dignitaries or generals.

However, the list may continue. This North Korean tyrant does not reject anything the ordinary people cannot afford. He owns a private race track with luxury cars of most brands; he bought a large number of expensive racing horses, state-of-the-art electronics, luxury saunas, swimming pools and much more. Despite the fact that Kim is married, he is often seen in the company of other women. His wife Ri Sol-ju is in the meantime kept from all publicity. However, when she is seen in the public, she often wears, for example, a Dior purse – its value highly surpasses the average annual salary of several citizens.

Kim Jong-un has several luxury residences, including, for example, water slides. Some say he does not like repeatedly riding in the same car, so he changes them faster than most people socks. Although there is strict censorship, and the majority of people has never seen anything from outside world, Kim enjoys watching foreign movies. His most famous are Godzilla and Rambo. His collection allegedly contains about 20,000 movies.

Kim Jong-un is fluent in English, French and German. It is speculated that he is getting too bored to rule, and he seems to be a very incompetent leader. He uses his generals and high-ranking officials to do his deeds. In 2010, he rewarded his most faithful officials with 160 Mercedes-Benz cars. On the other hand, less loyal citizens can be ‘rewarded’ with a work camp or execution room.

What is your own opinion of Kim Jong-un? Do you admire or hate him? The details of his life are, with occasional exceptions, inaccessible as only his fictional image of a fearless ruler and demigod is presented to the public. The genocide of his people is therefore often overlapped but fortunately not entirely overlooked by the rest of the world. Get a clear idea and decide whether people like Kim Jong-un should have a place in the world, or whether he is a shameful remnant of the past.