Leakshare
Home World Asia Attack by acid is worse than death, the victims of the attack...

There is an increasing number of acid attacks in the world. Though it sounds terrible, the reality is even worse. Attack victims describe that the attack is worse than murder. Acid destroys not only aesthetic appearance but also health in an entirely indescribable way.

The woman who is exposed to such an attack can never be married, her family often falls apart and is afraid to come out. It is a life of fear and a sense of inferiority. Although many victims survive, they live in pain, feel the physical complexity of their situation, and suffer from mental pain because of irreversible injuries. The majority of relatives and friends lose contact with the attacked people over time, and they are often alone.

One of the countries where this type of attack is frequent is, for example, Vietnam. The punishment for this kind of attack is very weak compared to the misery experienced by the victims. The woman we picture here suffered an attack by acid when she was still young. Since the ill-fateful day of the attack, she has been living in extreme poverty, suffering, and without any prospects in the future. She does not have the money to eat, and so she has to beg every day in temples and pagodas, and she will probably be doing so until the end of her sad life. 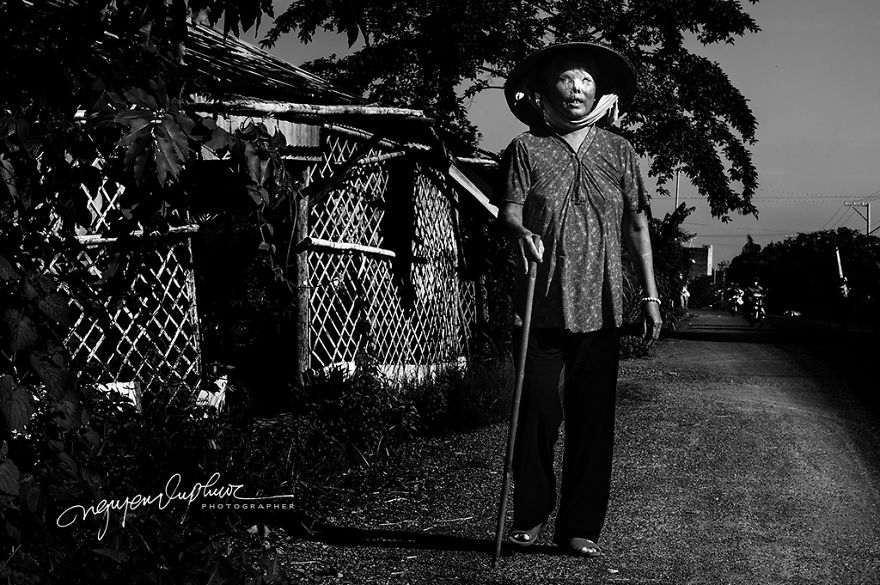