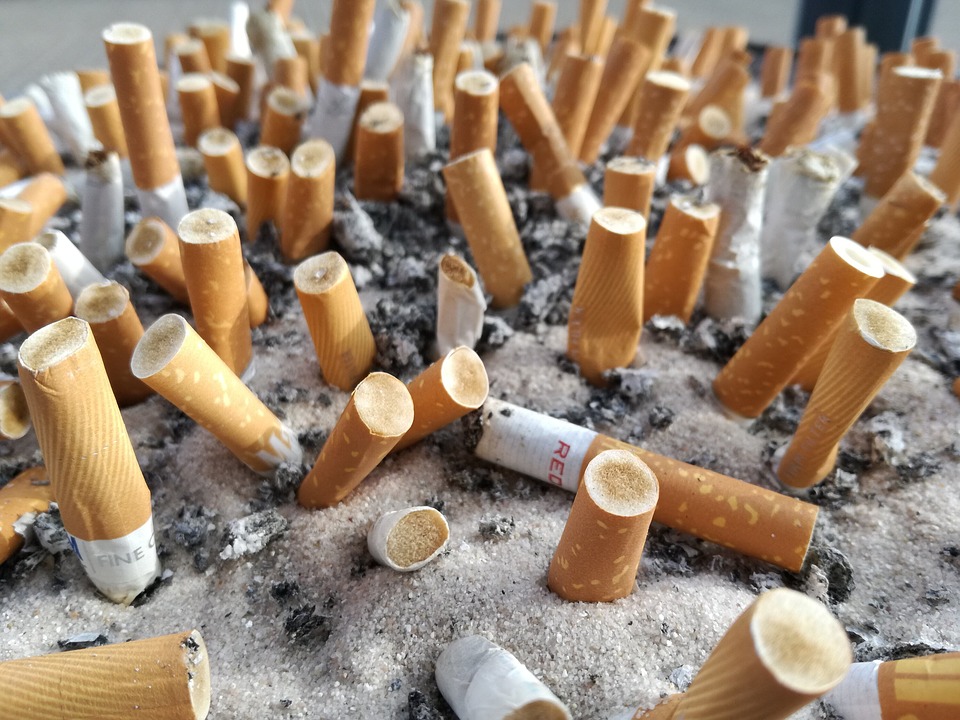 Currently, virtually all cigarettes sold contain filters. The industry began to use them in the 1950s after published studies began to detect the health threats of tobacco. Cigarette waste, or butts, are littered everywhere all over the world. They contain plastics and toxic substances; the decomposition period is 15 years. Despite various bans and laws, people throw away trillions of cigarette butts every year.

Ocean Conservancy, a nonprofit organization, announced that cigarette butts were the most-littering item in their global beach cleaning.

Some US cities have issued a ban on smoking in public areas and reserved places for this vices. Some cities have implemented fees for cigarettes that are used to clean cities from cigarette butts. Yet everything a man continues on throwing the butts away.

Californian nonprofit organization Surfrider Foundation, which helps protect oceans and beaches, knew 20 years ago that cigarette butts were the most-littered item in the world. As a result, they organized a Hold On Your Butt campaign to educate people about the issue and the environmental impact of cigarette waste.

Filters decompose over 15 years. During decomposition, plastic microparticles release into the environment and carry other chemicals such as arsenic, benzene and lead.

“They can trap toxins and pass that onto the aquatic environment,” says Bill Hickman, the Southern California regional manager for Surfrider. These chemicals can be toxic to fish.

From a Butt to a Pallet

“In the areas where we’re installing the cans and educating people to use them, we see reductions in cigarette litter of more than 60 percent,” says Shelly Ericksen, a Surfrider volunteer who’s leading the effort in San Francisco. “Since indoor smoking bans have pushed smokers outdoors, they need better infrastructure to collect the waste and keep butts off the street.”

The collected waste is sent to TerraCycle Company to recycle – to transform in various plastic industrial products, such as a plastic pallet.

First 110 cigarette butt recycling bins were instaled in Vencouver in 2013. Million cigarette butts are littered every day there.

Despite all efforts to reduce pollution by cigarette butts, the results are not what they could be. Cigarette waste is relatively tolerated by people.