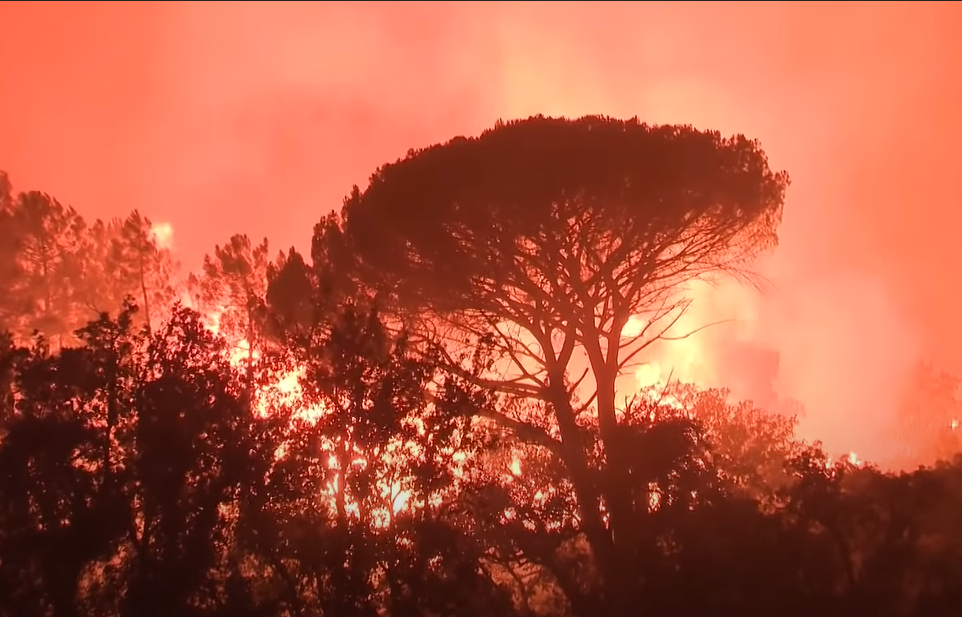 Fires in southern France have devastated the unique biodiversity of the Plaine des Maures nature reserve. The Mediterranean National Park has lost thousands of animal and plant species. The beauties of this place will be visible to future generations.

After the intervention of firefighters and evacuation on the place, a partially dead plain penetrated. Incinerator, where unique species of fauna and flora still lived in the first half of August.

The geologically unique landscape with volcanic flows between red sandstones, where there were centuries-old pine trees, old oaks, vines, and olive trees, has turned into an incinerator.

The reserve has lost thousands of hectares of vital ecosystems, hundreds of turtles, reptiles, bats, and birds, thousands of rare, protected plant and insect species.

The last large-scale fire in the reserve occurred in 2003. After 18 years of work and the restoration of the region, promising results were coming. This year’s fire in August destroyed almost twenty years of efforts by scientists and administrators of the national park.

Romain Garrouste, a researcher at the Institute of Systematics, Evolution, Biodiversity (ISYEB), involved in the project said that “after a disaster like this, everything is reset, literally and figuratively. The future management of this region must involve ecological safeguarding and restoration, with an acute understanding of the new climate situation we as a planet face. “

Rare and numerous species are now endangered in this area. The joint efforts of administrators, scientists, and residents came to naught like a wave of a twig.

“We never thought we would have to rebuild this sanctuary of life and nature on such a vast scale “, adds Romain Garrouste. All parties involved must come together to renew the Plaine des Maures reservation so that new generations can enjoy it.