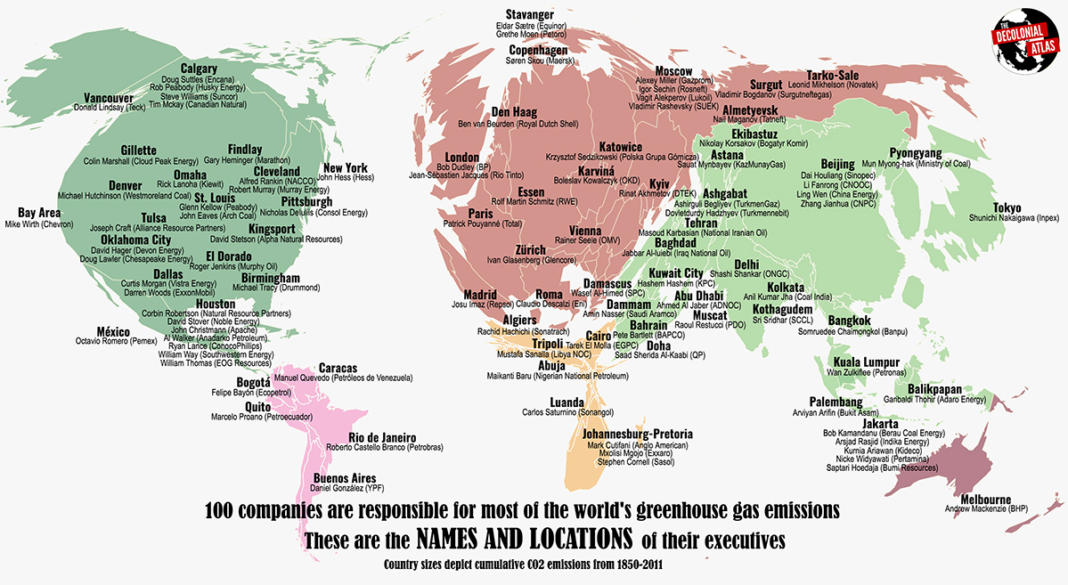 Why do we have to deal with global warming? This is mainly because the largest companies in the world are getting rich at the expense of the environment. Money always comes first in today’s world. The reckless destruction of the environment cannot last forever, because at this rate we would completely destroy our planet. Just 100 companies are responsible for more than 70% of the world’s greenhouse gas emissions since 1988.

“The earth is not dying, it is being killed, and those who are killing it have names and addresses.” – Utah Phillip

The names of the people who kill this planet the most

Many people try to do everything to keep the planet as light as possible, regularly recycle waste, try not to waste food unnecessarily, create waste and produce as little CO2 as possible. Big companies don’t take this into account, their only goal is profit, and they sacrifice our only home, planet Earth. The largest companies in the market have great political power and decide on the mining of mineral wealth on Earth. A map has been compiled with the names and locations of the 100 people who kill the planet the most. Tha map was made by Jordan Engel.

Although most people will behave ecologically, there will always be large corporations that will destroy the Earth. To save the planet, it is necessary to focus on stopping or limiting the activities of these corporations. See a detailed map showing which people are the biggest evil for this planet. The map is in the form of a cartogram which represents the size of countries by their cumulative carbon dioxide emissions since industrialization.

Map can be reused under the Decolonial Media License 0.1.