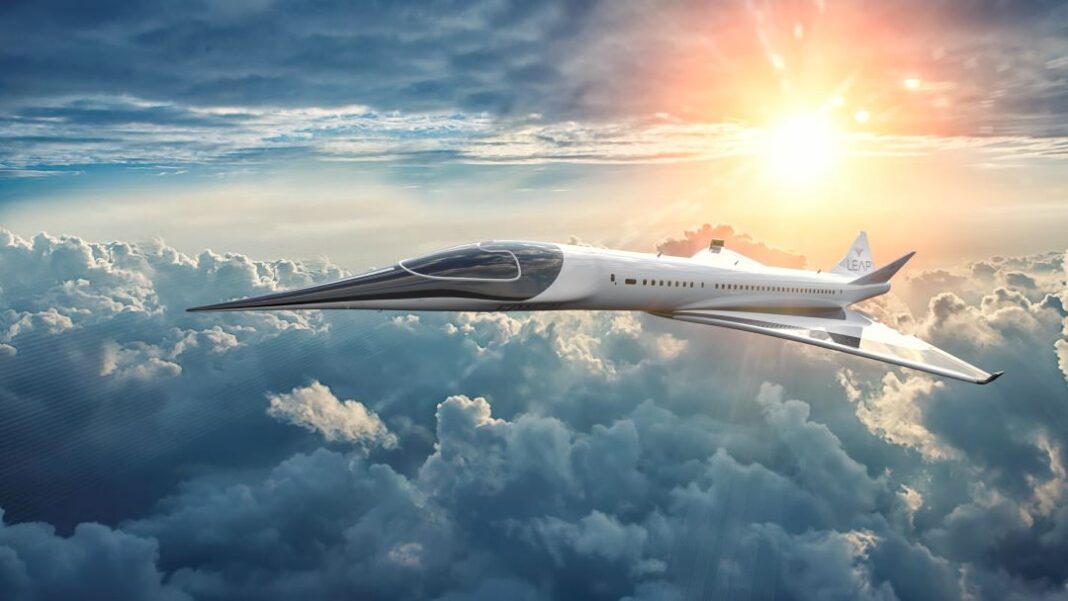 New York – London route in 3 hours. Does it sound like science fiction? The South African technology mogul v claims that it is possible with a supersonic transport aircraft. The revolution in air travel surpasses the well-known Gripen military fighter jet. And what more – without emissions.

“If you’re tired of long waiting hours over traditional flights, the wait is over,” says multibillionaire Priven Reddy under the auspices of L.E.A.P. Aerospace (Limitless Earth Advancement Program). But that’s not all. The innovative super aircraft is fast, safe, and emission-free.

Safe Flight as Never Before?

The operation of the aircraft itself should be 100 times quieter than a helicopter and the takeoff and landing should be completed vertically. The design team designs the aircraft so that in the event of all engines’ failure, it can land autonomously and safely on land and water.

This airplane will be “the world’s first-ever safe-landing mechanism, which in the event of a complete engine failure or malfunction, the aircraft will still safely land on ground or ocean, minimizing fatalities, “claims LEAP.

Further details of the EON-01 technology are not specified. We only know that sonic bang should be avoided when the speed of sound is exceeded.

Priven Reddy believes that its unique, high-tech, and environmentally friendly EON-01 super-aircraft could take off for the first time in 2029 and carry the first up to 88 passengers. We will see what the news will bring in the future 8 years.