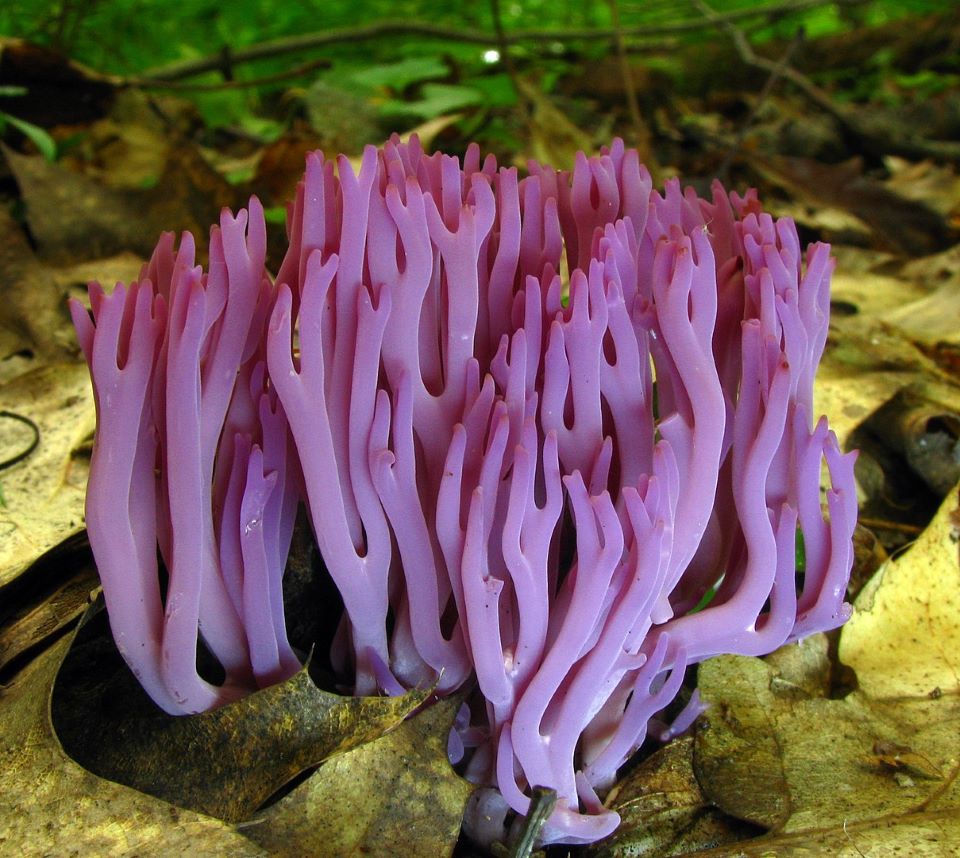 A mushroom picker from the Czech Republic found a very unusual mushroom. He photographed the fruiting bodies and sent the snaps to a mycologist with a request to determine the species. To his surprise, he received the answer that the fungus is most likely an extremely rare species of Clavaria zollingeri.

While Michal Karlik from northern Bohemia made his way through the thickets, he came across a mushroom he had never seen before. He took photos of purple fruiting bodies and sent them to the acclaimed mycologist and curator of the mycology fund at the Museum of Eastern Bohemia, Tereza Tejklova.

“I’ve never seen purple Ramariopsis before,” the mushroom picker describes the unique find in layman’s terms. The Clavaria resemble Ramariopsis, but in comparison, the Clavaria are more robust and resemble sea corals. In the case of Clavaria zollingeri, the fruiting bodies grow in clumps in shades from pink-purple to amethyst.

The enthusiastic mycologist asked for a location so that she could send her colleague Lucie Zibarova for sampling, mapping the area, and 100% determination of the fruiting body. The very next day after the discovery, i.e., on August 11, Zibarova arrived at the place.

The identification of the fungus has been confirmed, in fact, it is an extremely rare Clavaria zollingeri. Tests under a microscope are not necessary. “The only similar species is the Ramariopsis pulchella, and it certainly isn’t due to its size,” Tejklova said.

Will the Rare Mushroom Survive?

“Occurrence in the Czech Republic is very fragmented, they are both preserved meadows in the border area, but also maintained castle parks and gardens,” added Tejklova. It is more interesting that the fungus was found practically in the forest, or in an old, devastated orchard.

“I don’t think the mushroom has a future here,” Zíbarová told us her opinion. “The area would have to be mowed to maintain suitable conditions for the growth of the rare fungus.” These organisms prefer moist mossy meadows.

Clavaria zollingeri is classified worldwide as a vulnerable species. Across Central and Northern Europe, it is on the Red List of Threatened Species in eight countries, including Germany, Austria, France, and Sweden.