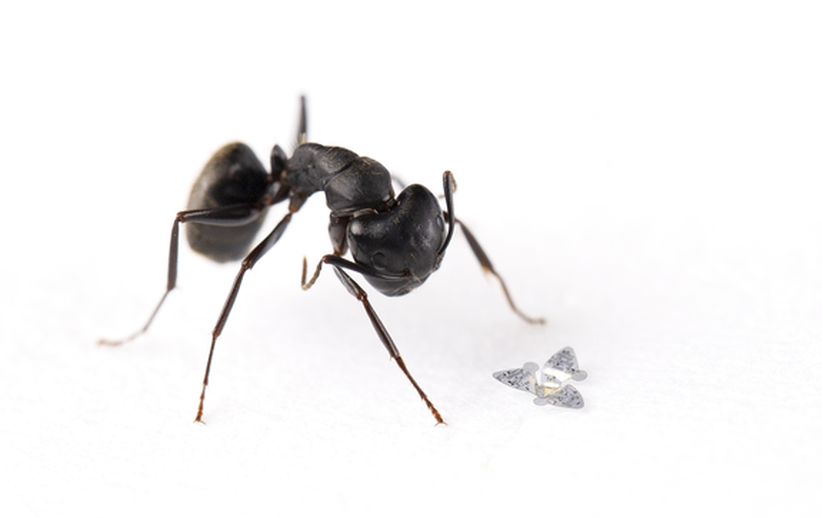 Maple seeds are propeller-shaped, and when they fall from a tree, they can travel a long distance in flight. The shape of these seeds became the inspiration for miniature microchips that will be used to monitor the environment. These microchips were created by engineers at Northwestern University. Their little winged chips “microfliers” are the smallest ever human-made flying objects.

Flying chips made on the basis of skin sensors

Scientists have long worked on biotechnological sensors to be inserted into the human body. It is a technique that is very small, but powerful at the same time. Importantly, this technique can be easily dissolved without endangering its surroundings.

“We’ve always appreciated that a lot of those same base technologies could also be adapted and exploited for monitoring the environment,” says John Rogers, a biomedical engineer at Northwestern University and one of the lead researchers of this latest project.

The key to making these chips was to be able to disperse themselves over a wide area. Nature was a great inspiration. Maple seeds are carried by the wind and their shape helps. Microchips do not have two wings like maple seeds, but they have three wings. They have a small power supply, a sensor for data collection, memory for storing data and an antenna that sends the detected information to a computer.

Microchips are made in 2D, but in this case it was necessary to make a 3D shape. The chips were created with stretched rubber. The chip can be easily moved to a position in which it will easily fly at any time.

What will the flying microchips be for?

Microfliers have already been used for a number of tasks, such as recording the pH of water, detecting particles in the air and measuring the level of sunlight. Flying chips can be easily mass-produced. Flocks of these flying chips can be dropped from an airplane or from a tall building. Subsequently, the chips can measure, for example, air pollution or the extent of various environmental disasters.

But it’s no good to monitor the environment with environmentally unfriendly devices. “If you’re contemplating distributing thousands or maybe even tens of thousands of tiny devices across an environment… are you distributing electronic litter, essentially?” asks Rogers.

Microchips will only be made of materials that decompose easily in nature. The researchers also published a video that shows how microchips can easily decompose in a short time in nature.

It is an innovative environmental monitoring technology that can give scientists a lot of new knowledge in a very effective way.