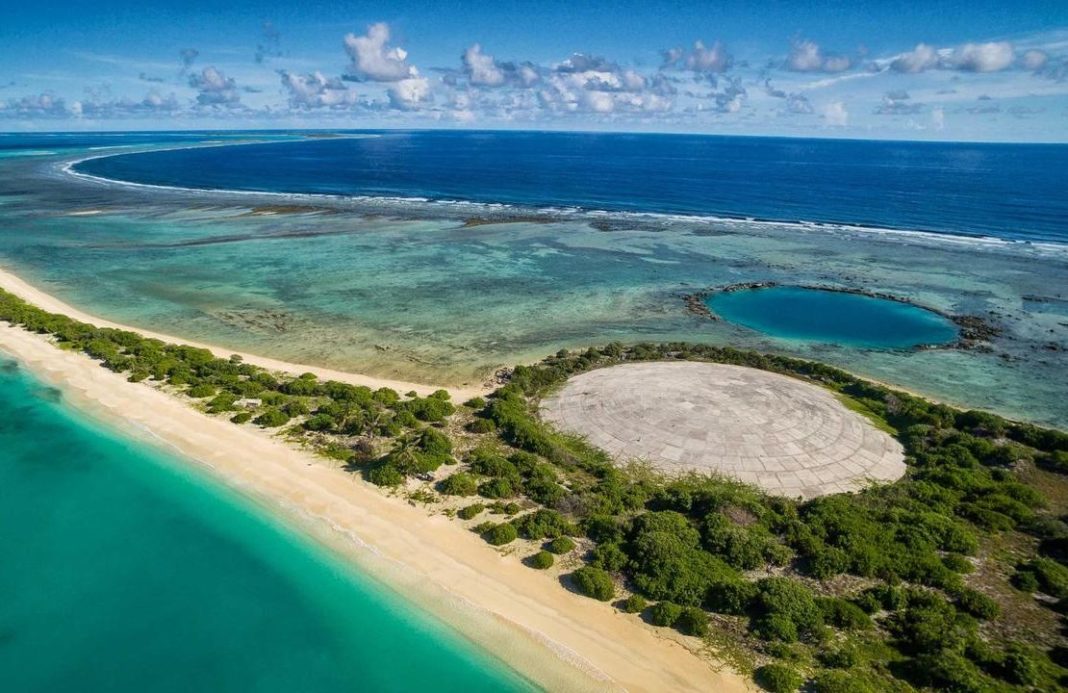 Scientists are worried that shellfish in the Pacific are dying of poisoning from a nuclear leak from a dome built on Runit Island – part of Enewetak Atoll. Contamination is likely to spread through groundwater from the landfill and spread to the Pacific Ocean.

A large radioactive waste dome was built 40 years ago in the Marshall Islands. The US hid the waste from nuclear tests of the Cold War weapons. The dome contains about 73,000 cubic meters of nuclear debris, according to Antonio Guterres, U.N. Secretary-General.

What Does Cause Poisoning Shellfish?

There are two theories explaining shellfish poisoning. One theory says that radioactive radiation escapes directly from the dome. The second theory suggests that the contamination is caused by a polluted environment that has not been sufficiently cleaned up after tests of weapons between 1946 and 1958, when the US conducted 67 nuclear weapons tests at Bikini and Enewetak atolls.

There are cracks visible on the dome. Sometimes during the storm, the surface of the dome is washed. The United States Government has acknowledged that major typhoon could break it and cause all the radiation in it to disperse,” said Columbia University’s Michael Gerrard.

In the 1970s included approximately 4,000 American members of the armed forces in what was known as the Enewetak Radiological Support Project. Only 0.8% of the total nuclear waste was removed in Enewetak Atoll, according to the 2013 DoE report.

It is not confirmed whether shellfish are poisoned by the leakage of radioactive material from the dome or by tests of weapons during the Cold War. However, the US is now facing a potential environmental disaster in the Pacific.