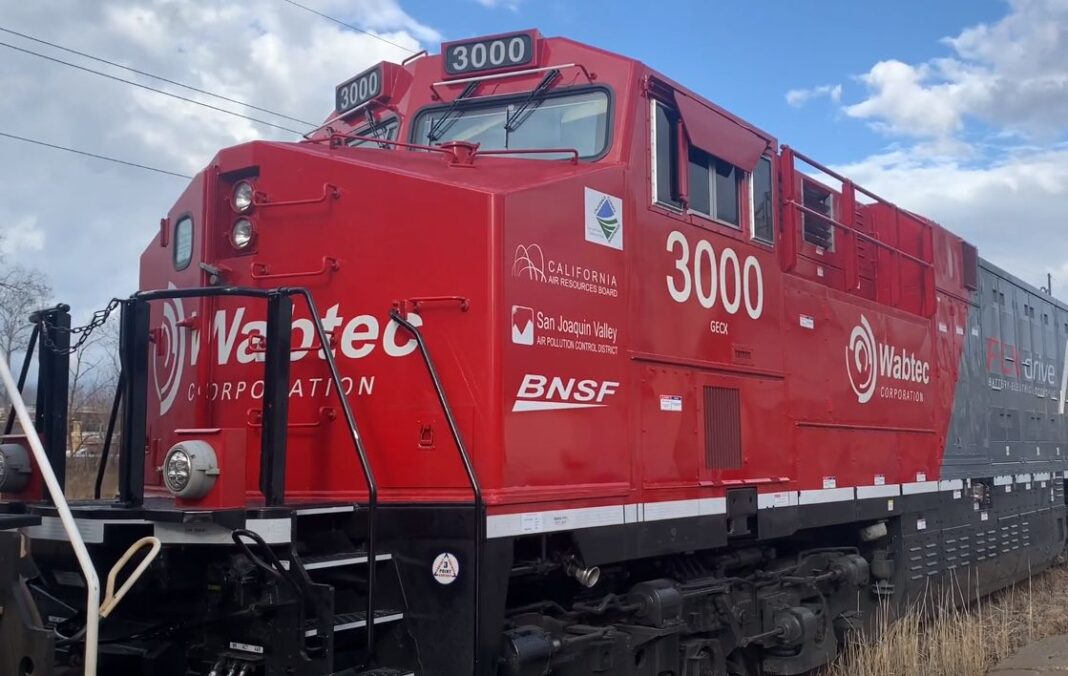 Rail freight may experience a major revolution. The American company Wabtec recently unveiled the world’s first battery-powered freight train. Not only in road transport but also in rail transport is the goal of reducing carbon emissions, the Railway Freight Company presented its locomotive at the University of Carnegie Mellon. Around 1.7 billion tons of goods move on American railways each year, and cooperation between the university and Wabtec aims to develop technology that does not produce any emissions from this transport. 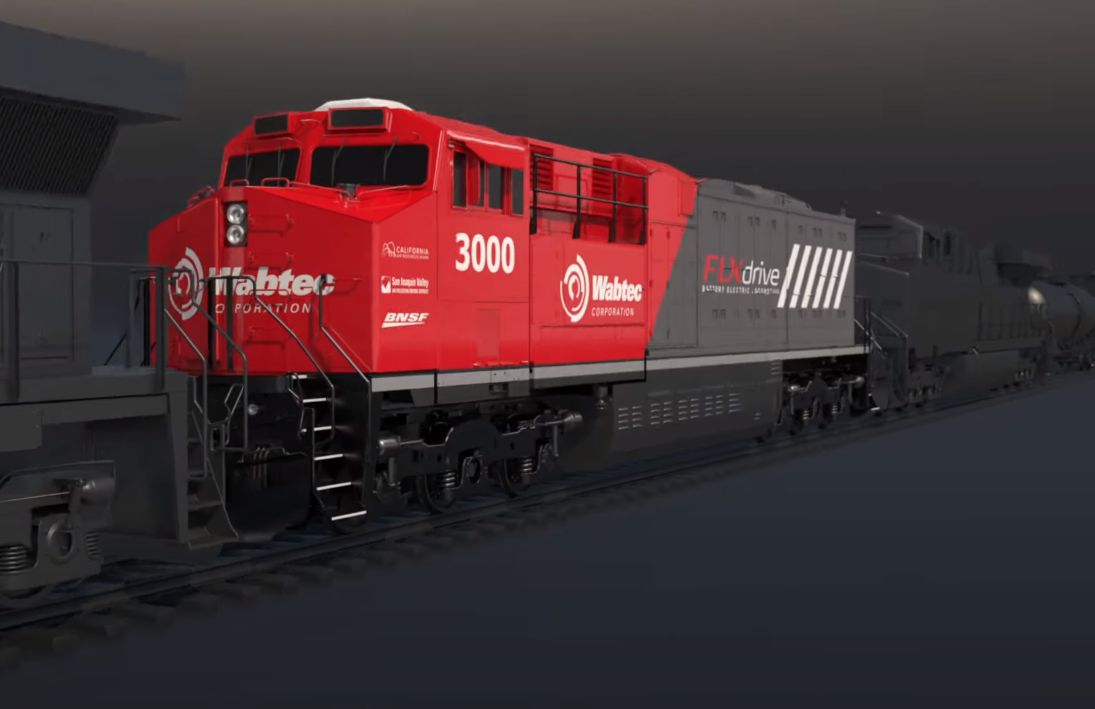 The locomotive is called “FLXdrive battery-electric locomotive”. It is 75 feet long and decorated in cherry red. At the heart of the locomotive are 500 modules of lithium-ion batteries, arranged in bundles. At the beginning of this year, the train was subjected to various tests. According to the company, emissions will be completely eliminated by the development of accompanying hydrogen fuel cells. If these locomotives were to spread around the world, 300 million tonnes less carbon dioxide emissions would be produced each year.

“A bolder, cleaner, more efficient transportation system is in our grasp,” said Raphael Santana, chief executive of Wabtec. “This is just the beginning.”

Rail freight is very important in the world

Rail freight is an integral part of industry in the United States and around the world. 7% of all global freight is transported by freight locomotives. Most freight trains are powered by diesel, but this could change in the future. The battery system is housed in the traditional body of a locomotive, drives the train’s axle and also uses the kinetic energy of braking the train to partially charge the battery.

The newest version will be a 7-megawatt battery locomotive, which is “100 times the power and energy within a Tesla – it’s dramatically more powerful”, said Eric Gebhardt, Wabtec’s chief technology officer.

Battery-powered trains are a cheaper option than electrifying the entire rail network. Until now, the main focus has been on cars and trucks. However, rail transport also needs change to become carbon neutral. Wabtec plans to produce fuel cells with “green” hydrogen, which is produced from renewable sources. Emissions from freight trains are among the largest in the world in the USA. If rail freight in the United States changes dramatically, it could be an inspiration for other states to replace diesel locomotives with battery-electric ones.