Bears need to supply their bodies for winter sleep, they may lose up to a third of their weight during the hibernation period. They gather on the banks of streams, lakes, rivers and ponds at the time of salmon spawning. In preparation for winter, grizzlies can gain up to 180 kilograms before they lie down for winter sleep. A photographer, Rolf Kicker, captured 3 individuals of emaciated grizzly bears in the Canadian Knight Inlet area. 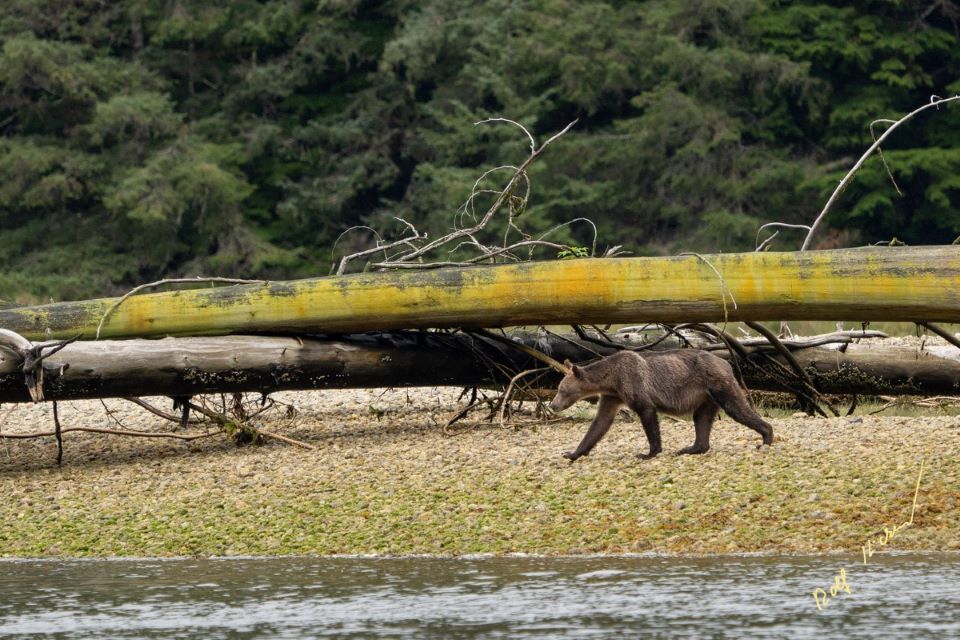 „Worst Salmon run here in the Broughton in history I read today. I fully believe it. I have not seen a single salmon in a river so far. The bears are starving and it breaks my heart seeing this unfold,“ writes Kicker on his Facebook site.

The wretched bear family, the mother and the two cubs, were desperate for fish. A photographer whose portfolio includes nature and wildlife is worried that the bear family will overcome hibernation.

„We saw this sow with her two little ones a couple of weeks ago and then we saw her again only a few days ago. I have no idea how she would make it through the winter without salmon. “

“We’re really concerned about the bears. The bears have been starving because there’s a lack of salmon return in Hoeya Sound and Lull Bay,” said Smith.

Smith asked A-Tlegay Fisheries Society through the Quinsam River Salmon Hatchery for a donation. The society donated 500 pink salmon. A group of volunteers brought salmon to places where the largest incidence of grizzly bears is known.

It seems that the lack of fish has become a chronic problem.

Chief Kwakwabalas, Ernest Alfred from Swanson Island Fish Farm Occupation, has been monitoring the situation for a long time.

“We’ve had reports about starving grizzly bears in our territory for a number of years so this to me would be a very extreme measure taken to try to help our ecosystem,” said Alfred.

Starving bears are becoming more aggressive and are moving towards the Central Coast of the province and Vancouver Island to find food.

Some individuals are so skinny that they are unlikely to stockpile their bodies before hibernation.

“I know of a few bears which, in my humble opinion, have got absolutely no chance to survive the winter — if they even make it to the winter,” Hicker told CTV News.

Richard Sumner, chief councillor of the Mamalilikulla First Nation, said that bears are not the only ones who do not have enough fish. His tribe regularly prepares supplies, freezes and preserves fish. This year, their freezers are empty.

Sumner does not consider a lack of salmon a natural thing and hopes it is not too late.

Is the lack of fish evidence of how the climate crisis is gradually affecting the food chain?