The Biochemical and Chemical Research Laboratory, located at Pingfang under the code name Unit 731, was involved in Japan’s worst war crimes. Experiments on people took place in the years 1937-1945.

Unit 731 was headed by a Japanese general, military physician, and microbiologist Shiro Ishii. The purpose of his attempts was to create deadly biological weapons and test them on humans.

Shiro Ishii; the Unit 731 base in Pingfang

Experiments included autopsy of living people, including pregnant women; amputating limbs and sewing them on other parts of the body, infecting syphilis, using people as shells for grenades, burying people alive, and many other unimaginable horrors. Hundreds of people have died as a result of gangrene, illness or bleeding.

Hell on the Ground in Blocks 7 and 8

Through the inspection hatches in the steel door, doctors were able to watch the writhing prisoners. Some had decayed rot, others had protruding bits of bones blackened from necrosis through their skin. Others sweated with huge fevers, writhing in cramps or groaning in pain. Those who were infected with respiratory diseases were still coughing again. Some had bloated abdomen, some were skinny, and others had blisters or open wounds all over their bodies.

Most of the closed cells were intended for more prisoners. For example, the infected person was often placed among healthy people so that doctors could observe how long it would take for others to develop the disease.

The doctors used many different methods to spread the disease. Either they scattered the bacteria in the rooms that the prisoners later moved, or placed them in food, chocolate, biscuits, drinks, or even melons, which the hungry prisoners were eager to consume without knowing that they had just signed the death sentence in menacing convulsions.

Because it was assumed that the degradation process could affect the test results, physicians operated on live humans without administering anesthesia.

Women and children as well as men and infants underwent these procedures. Vivisection was also performed on pregnant women who often became pregnant with doctors who raped them and later performed interventions.

Often prisoners’ limbs were amputated to allow scientists to study how fast blood loss would occur. The limbs were often amputated to the prisoners and then attached to opposite parts of the body. They operated out of the stomach of some prisoners.

Pingfan produced up to 300 kilograms of germs and bacteria per month during a given period. Such an amount would be able to eradicate the entire world population several times.

Ishii found that from one bite to an infected rat, a flea can catch up to five thousand plague organisms and transmit the disease (bubonic plague or septicemia) to other hosts.

Other Horrific Experiments and Tests

The prisoners were hung upside down to allow scientists to figure out how long it would take for the blood that was poured into their brains to cause severe harm. In more extreme cases, they even injected horse urine into the prisoner’s kidneys.

They exposed the prisoners to starvation or examined at what high temperatures their deaths occurred. Their bodies were also exposed to X-rays.

Most of the prisoners who were “delivered” to the laboratories in Pingfan came from the Hogoin prison camp. 70% of the prisoners in the trials were Chinese, followed by a large percentage of the Russians. However, innocent people also came into their clutches. Some of them were lured into their complex under employment prospects. 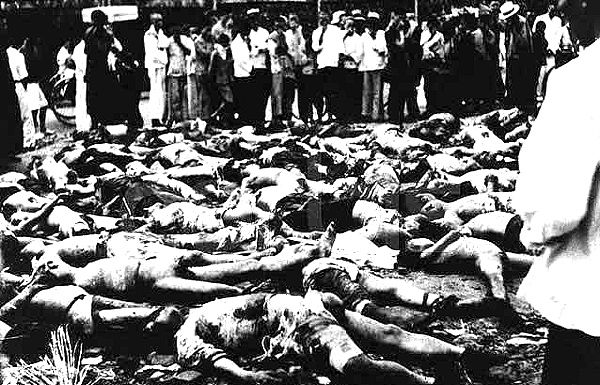 Reportedly, up to 400,000 Chinese civilians have died as a result of exposure to bacteria such as cholera and anthrax, which the Japanese grinded by air using special infected papers and cloth materials over Chinese territory.

At the end of the war, when Japan’s defeat was inevitable, Ishii let the rest of the prisoners murdered and blow up Unit 731’s base. During the existence of Unit 731 in Pingfan, three thousand people have been killed. Because the Allies gave immunity to Japan after the war, the project leader Shiro Ishii was never punished.