The first animal that was on the list of endangered species in 1966, one of the rarest trout in the world, began to recover almost before extinction. Comeback of Paiute cutthroat trout to Silver King Creek below Llewelyn Falls in California’s Alpine County „is a huge and historic moment,” California Fish and Wildlife spokesman stated. When it looks like we will lose a species, nature itself will surprise us with the return of an almost extinct species. What’s more, it was coincidence.

The invasion of non-native trout species was the main reason why Paiute began dying out since the 1920s. Diseases, overfishing and crossing with non-native trout have contributed to a critical reduction in its population.

The drought that started bothering California in 2011 and lasted for 6 years, greatly jeopardized the efforts to restore the trout. The creek level decreased and in winter the stream froze from the surface to the bottom.

In the early 20th century, the Basque sheep herdsmen transferred several fish to the Silver King above Llewellyn Falls, where no fish had previously been. The falls then worked as a natural barrier that prevented non-indigenous fish from entering the creek while maintaining a clear genetic line of this rare species. The Paiute cutthroat trout was rescued by a clean accident.

“This is one of the world’s rarest trout… This is a huge and historic moment.”

“The color is kind of hard to describe and really hard to photograph… You can only see how unique they are if you catch them and hold them in your hand.” 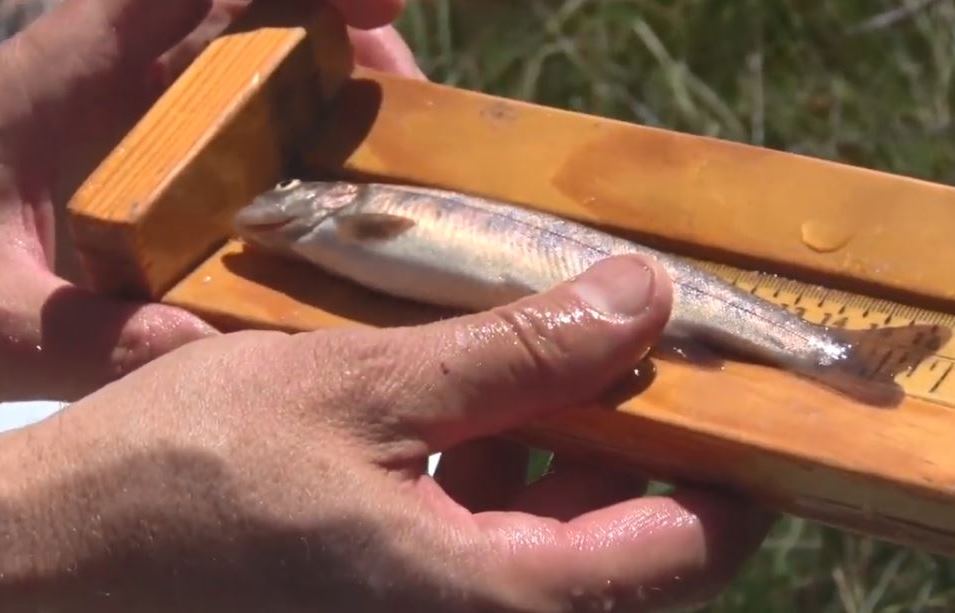 On Wednesday, September 18, 2019, 30 individuals were moved from Coyote Valley Creek to Long Valley by mule. There will be another transport next year to ensure the Silver King population increases to 2,500 and will be self-sustaining.

Maybe nature is stronger than we think, and it likes to wait us for a moment of surprise. This was one of them.