PFAS are used by industry in many sectors mainly for their water-repellent and grease-resistant properties. However, the forever chemicals have become a major societal problem due to their harmful effects. Using a simple and inexpensive process, scientists can break down these chemicals into harmless substances. By doing so, they could eliminate potential impacts on the environment and human health.

Everlasting chemicals used to make everyday products have been consumed by industry since the 1940s. Due to their chemical composition, PFASs have so far been considered indestructible. Water, fire, or bacteria have no effect on them.

Northwestern University chemists have achieved what was previously impossible – they found a way to break down some PFASs, whose indestructibility lies in the solid chemical bonds of carbon and fluorine, into harmless products. The use of low temperatures and cheap common reagents led them to success. Scientists have developed a process that causes the two main classes of PFAS compounds to break down, leaving behind only harmless end products.

This simple technique could become an effective solution for the final disposal of these harmful chemicals, which are associated with many dangerous health effects on the environment, humans, and livestock.

Over the decades, PFASs have made their way from consumer goods into drinking water and even blood. Their effects on human health have not been sufficiently studied yet. However, exposure to these substances is associated with reduced fertility, developmental defects in children, increased risk of various types of cancer, and reduced immunity to fight infections.

The Environmental Protection Agency (EPA) currently registers around 12,000 of these compounds. In the current study, the researchers successfully degraded ten PFAS compounds. Next, they plan to test the new process’s effectiveness on other forever chemical types. 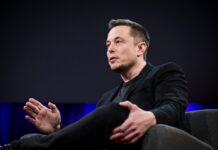