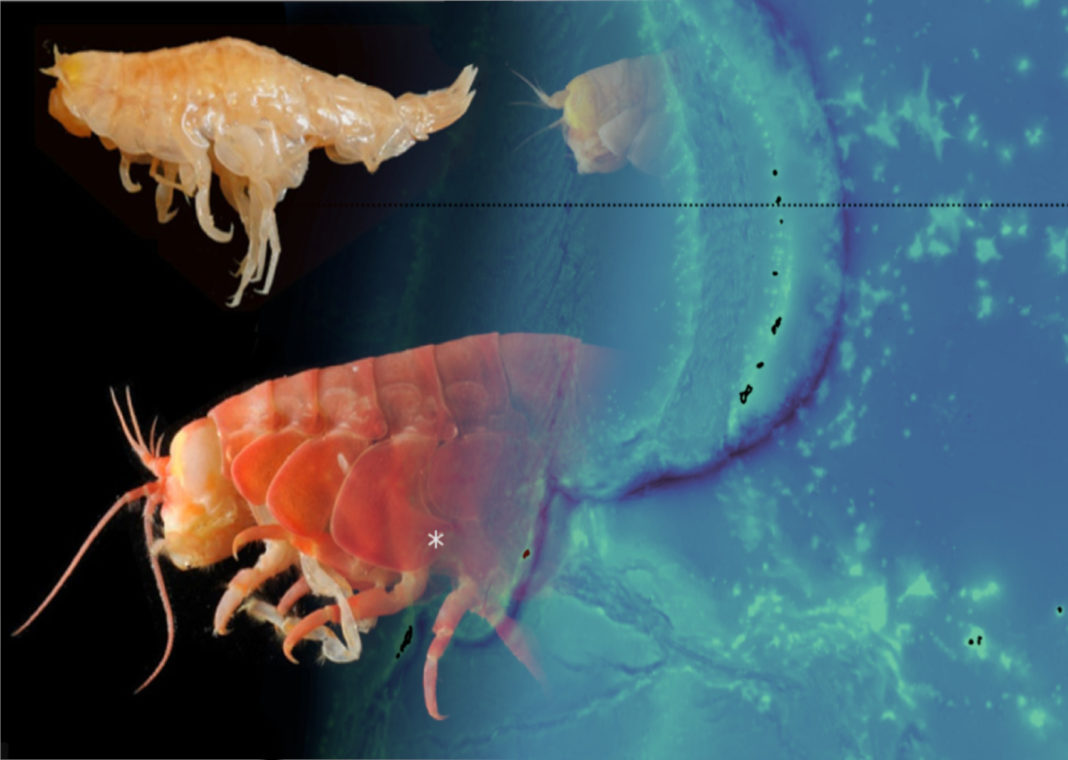 More than 300 million tonnes of plastics are produced annually, and there are at least five trillion plastic pieces floating in our oceans. The degradation and fragmentation of plastics will ultimately result in sinking to the underlying deep-sea habitats, where opportunities for dispersal become ever more limited. Marine life at the bottom of Earth’s deepest oceans are eating microplastics.

Scientists from Newcasle University studied the guts of deep sea crumstaceans called amphipods. The team collectes samples from 6 trenches around the Pacific Rim ranging between 20.000 to 36.000 feet deep. 72 % of all amphipods studied contained at least one microparticle of plastic, synthetic, and semisynthetic materials, and natural fibers. 100% of the amphipods in the Marianas Trench, the deepest part of the ocean had ingested plastic, scientist report. 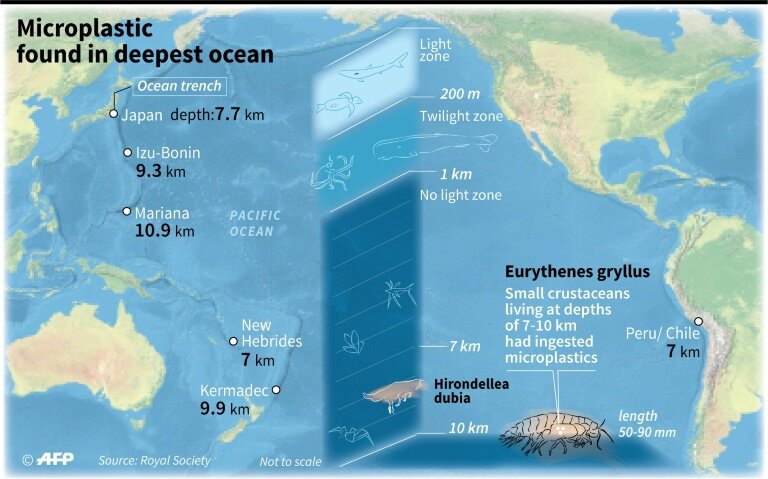 Scientists hypothesize that these microplastics are transfered to other organisms higher up in the food chain.

Since microplastic contamination is prevalent deep in the ocean, scientists worry that newly discovered species can never be studiedin an uncontaminated state.

“We have no baseline to measure them against. There is no data about them in their pristine state. The more you think about it, the more depressing it is.”
Alan Jamieson, Newcastle University, Study author