How much plastic waste is recycled? Only a very small amount. People produce large amounts of non-recyclable plastics that end up in incinerators or landfills. Fortunately, there is a solution for this type of waste. A startup called ByFusion was created in Los Angeles, which can produce building blocks from non-recyclable plastics.

The company builds huge machines called Blockers that squeeze mounds of plastic into standard building blocks. Building blocks are called ByBlocks and can be used to build almost anything. There is no need to sort plastic waste before pressing, this saves time and human resources. Each ByBlock is 16x8x8 inches and comes in three variations: flat, molded with pegs so they can be interlocked, or a combination of the two. ByBlocks are about 10 pounds (4.5 kg) lighter than hollow cement blocks. 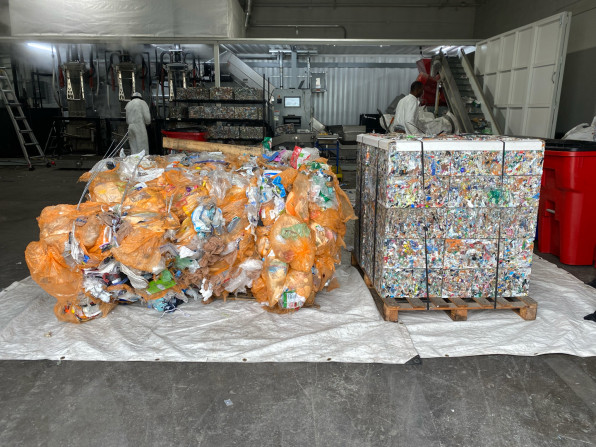 The advantage of building blocks is the fact that plastic waste is a cheap material that is highly durable. There is a great shortage of building materials on the market and when it is produced from non-recyclable plastic waste, 2 important problems will be solved right away.

Virtually any kind of plastic, with the exception of Styrofoam, can be compressed into a ByBlock. “You [can] literally eat your lunch, throw in [the leftover plastic], make a block, then stick it in the wall,” Heidi Kujawa, who founded ByFusion in 2017, told Fast Company.

The company is planning an expansion

These blocks can degrade under the influence of sunlight. If paint or other material is applied to their surface, they will also be resistant to the sun and weather conditions. Building blocks are already being actively built. For example, in the city of Boise, Idaho, a small building in a local park was built from these building blocks. 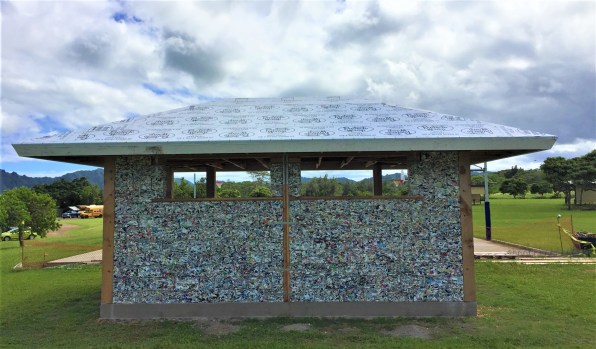 “Our primary goal is to get a Blocker in every city, to enable every city to capture their own recyclable waste,” Kujawa says.

One Blocker machine currently costs $ 1.3 million. Although the machine is expensive, solving plastic waste problems is even more expensive. So this is an investment that pays off and will support a good thing.