Rockets launched into space are a beautiful example of modern technology, unfortunately it is also a huge source of pollution. According to The Guardian, one rocket launch will produce up to 300 tons of carbon dioxide, which can remain in the upper atmosphere for many years.

Many experts warn of the possible consequences of space tourism. “This launch of a new private space industry that is cultivating tourism and popular use could come with vast environmental costs,” says Eloise Marais, an associate professor of physical geography at University College London. She studies the long-term impact of fuels and industry on the atmosphere.

Emissions from rockets are growing every year

Rockets use a huge amount of fuel, the types of fuel vary from company to company. Rocket fuels leave not only carbon dioxide in the atmosphere, but also various other substances, including water, chlorine and other chemicals. Although carbon emissions may not seem as high as in the aviation industry, they increase by 5.6% each year.

“For one long-haul plane flight it’s one to three tons of carbon dioxide [per passenger],” says Marais. For one rocket launch it’s 200-300 tonnes of carbon dioxide carrying 4 or so passengers – close on two orders of magnitude more, according to Marais. “So it doesn’t need to grow that much more to compete with other sources.”

Report from 2019 penned by the Center for Space Policy and Strategy: “Today, launch vehicle emissions present a distinctive echo of the space debris problem. Rocket engine exhaust emitted into the stratosphere during ascent to orbit adversely impacts the global atmosphere,” they wrote.

It is necessary to lay down rules for rocket launches

It is not yet clear how interest in space tourism will grow, but if it continues to develop, it could pose a major threat to the environment. For large space companies, space tourism is big business, but they are not aware of the impact of their actions, which may deepen the climate crisis.

Marais also says: “We have no regulations currently around rocket emissions,” she says. “The time to act is now – while the billionaires are still buying their tickets.”

For billionaires, this is entertainment that will significantly threaten our planet. These people also need to be responsible and aware of the consequences of their actions. 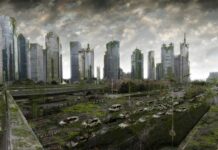